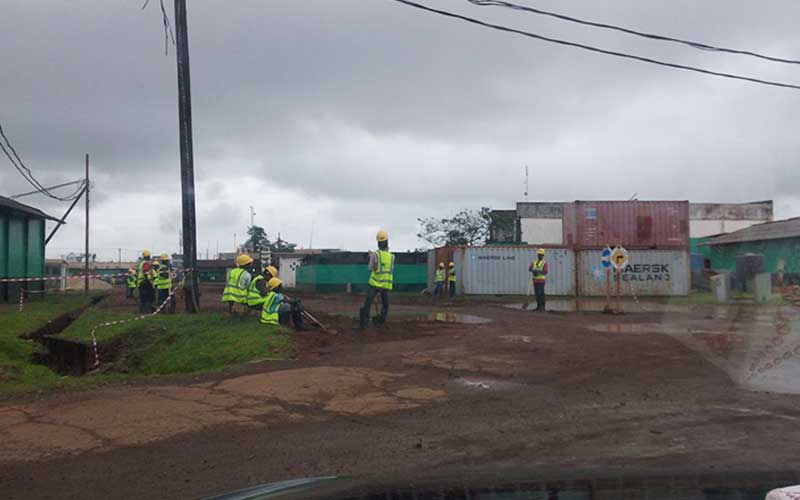 The Management of the National Port Authority has announced the commencement of the construction of over 2.4 miles of road within the Freeport of Monrovia.

The ongoing road construction project is part of the NPA Management’s modernisation plan to resuscitate the Liberian Port sector. A Press release from the NPA says designated unpaved roads, drainages lights and sidewalk within the port are currently being reconstructed and rehabilitated.

According to the NPA release, environmental, hydrological, topographic survey-mapping as well as a standardized concrete pavement design and parking facilities are key components of the technical assessment/study that preceded the implementation of the Freeport road project.

The rehabilitation of the Freeport road project was approved by the Board of Directors through the budgetary process and subsequently by the Public Procurement and Concession Commission (PPCC), which issued a “no objection” letter to award contract to the most responsive bidder following an International Competitive Bidding (ICB) process. As required under the Public Financial Management law for all public procurement contracts above certain threshold to be approved by the Ministry of Finance and attested to by the Ministry of Justice, both ministries approved and attested to the contracts.

Additionally, according to the Management of the National Port Authority, the contract with the service provider included a Bank Guarantee provision that fully covered the down payment for a period of six months.

The project which is in consonance with the government of Liberia priority development agenda, when completed, will not only enhance trade and commerce, but will fully address the perennial safety hazard and flooding incidences that have hampered the port facilities for years, slowed traffic movements and presented  potential liability issues.