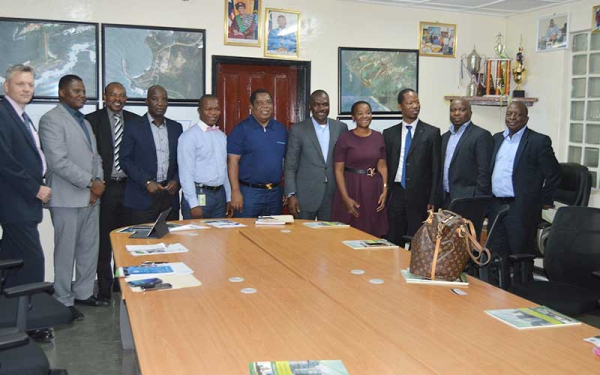 A high power investment delegation from Johannesburg, South Africa has held talks with the Management of the National Port Authority aimed at exploring possibilities of investing in the Liberian Sea Port Sector.

The Delegation expressed keen  interest in partnering with the  National Port Authority to further enhance the Ports operations throught marine training, infrastructure  development and inter- modal means of transporting  goods through out Liberia.

Mr. Robert Wellinton Gumede, a prominent South Afriacan Business man and Head of the Delegation said the Ports of Liberia have huge  investment potential to revive  the country’s economy.

Mr. Gumede made the comments following his Delegation’s visit to the Port of Greenville followed by presentation by the NPA management on the prospects and ongoing developments taking place within the Port Authority.

In remarks, NPA Managing Director David Williams expressed optimism over the delegation’s visit to the port,  Indicating that the Port’s  administraion looks forward to partnership investment in the areas of  infrastructure development, capacity building,  and marine services.