Overview of the Authority 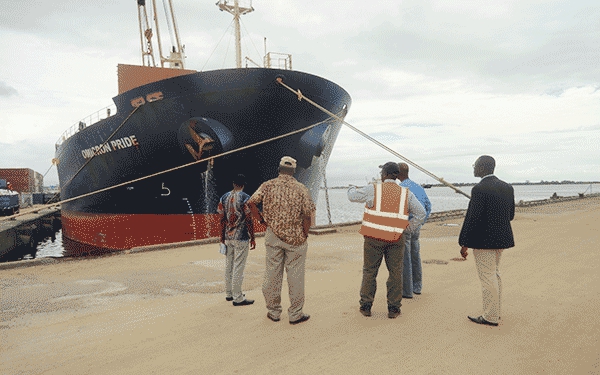 The National Port Authority (NPA) was established by an Act of the National Legislature in 1967 and amended in 1970 as a state-owned corporation to manage, plan, and build all public ports in Liberia. The NPA system has four ports: Freeport of Monrovia, Port of Buchanan, Port of Greenville, and Port of Harper. The Freeport of Monrovia is the largest and the main Port within the Authority’s network.

Our Mission & Vision: In partnership with public and private sectors, the strategic vision is for the National Port Authority to become a premier port in West Africa. In parallel, NPA will strengthen economy, improve international trade, spur tourism and community development by marking its ports entry and surrounding areas the most efficient and effective for generations to come.

Who We Are Today: Today the National Port Authority boasts a throughput of more than 2.3 million metric tons and employs more than 250 Liberian and foreign nationals. Further, NPA is an International Ship and Port Facility (ISPS) compliant client as the Freeport of Monrovia and the Port of Buchanan are Security Level One ports. The security of our clients imports and exports is of upmost importance to us.

Operationally, we are proud to pronounce that operations continued to skyrocket as evident by a record-setting 7,452,492 metric tons of cargo moved across National Port Authority docks in 2014 in spite of the outbreak of the Ebola Virus Disease that strock the country.  This figure is 13% percent higher than the amount of tonnage handled the previous year.  Additionally, 76,075 twenty-foot-equivalent units (TEUs) were achieved. This uniform system of port statistics recorded each successive year particularly in 2014 represents impressive progress.

In 2014, the National Port Authority recorded the following increases as key performance indicators from fiscal year 2013:

 Vessel traffic increased by 12% or 64 vessels.  The breakdown was as follows:

 Summer Dead Weight (SDWT) increased by 28% or 3,507,906 metric tons, and reflected a positive variance in all ports.

This can be attributed to the investments in the physical and human capacity of our out ports as they become more equipped and independent of the commercial base in Monrovia. Our data illustrates that business in our outstations will continue to grow exponentially, making our authority one of the fastest growing seaport networks within the region. Investors are highly encouraged and welcome to participate in our growth & development.